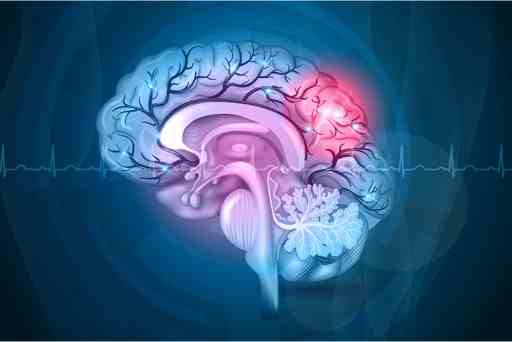 Understanding the Difference between Stroke and Seizure

Strokes and seizures are neurological conditions that affect the brain. But, due to the similarities of their symptoms, they tend to be mistaken for each other. It’s important to know the différences between them, and that is what this article seeks to address.

What is a stroke?

A stroke is a neurological condition in which there is a shortage of the amount of blood the brain is getting. A stroke can be lifelong in most cases, but on a few occasions, it can be transient. Some of its symptoms include:

The most common causes of stroke are hemorrhages or blood clots.

What is a seizure?

A seizure is a sudden disruption or abnormal overload of the brain’s electrical activity. Seizures can cause behavioral changes, haphazard movements, and a switch in one’s level of consciousness.

Depending on the seizure type, there can be little or no symptoms before an episode. Symptoms of seizures include:

Seizures can be caused by infections, abnormalities in the brain, and even genetic ancestry. However, if a seizure occurs more than twice with no known cause, the condition may be termed epilepsy.

Differences between stroke and seizures

Seizures and strokes have similar symptoms, but there’s a world of difference between them! Here are some of them:

A stroke is a disruption of blood flow to the brain, while a seizure is an electrical surge within the brain. During a stroke, the brain stops functioning. During a seizure, the brain simply overreacts. Despite a loss of consciousness, there will be body vibrations and drooling, meaning that although it’s malfunctioning, the brain is still working.

2.   A stroke can cause a seizure but not vice versa:

A stroke is likely to cause severe paralysis and in one out of ten cases, death. For seizures, the body is hardly damaged (except by external factors such as sharp objects), and death only happens in rare cases.

Stroke is usually linked to blood-related issues. Thus, the most effective way of fighting a stroke is to find the exact cause and tackle it. Seizures, on the other hand, can be treated by the use of anti-seizure medications.

The warning signs of a stroke are harder and almost impossible to spot when compared to those of seizures. Seizures have three stages of warning signs which can prepare the patient for the eventuality. A stroke is sudden and oftentimes has no warning signs.

Despite these differences, both illnesses are related to the brain. Hence, they can’t be taken lightly. If you notice anyone having a stroke or seizure, get help from the nearest health center ASAP.

One other important thing to note when calling for help is that you should not attempt to move the patient at all. Until a medical practitioner is present, keep all sharp objects away from them.

Our primary healthcare clinic is open 24/7 to attend to your health. Don’t hesitate to reach out to us for inquiries, recommendations, advice, or consultations with a medical practitioner.