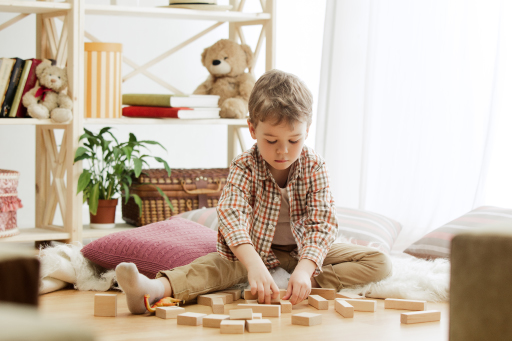 Five Challenges Toddler Behaviours and How to Solve Them

Dealing with children is no doubt a lot of work, but dealing with toddlers is much more energy-sapping. Toddlers are filled with so much energy! They want to know, see, touch and lick everything, so they require a greater deal of attention and supervision.

Notwithstanding, most of these behaviors are normal in a growing child as they stem from wanting to be independent, or an inability to express themselves properly.

This article highlights 5 toddler behaviors and how to deal with them.

Tantrums are emotional outbursts that occur in young children which might be a result of unmet needs or desires. It could also be due to anger or frustration. It typically begins at around 12 to 18 months, and becomes more regular at age 2 to 4, because at that age, kids begin to grow a sense of self and try to assert their independence with their parents.

The primary way of dealing with tantrums is to ignore them. Pretend that nothing is happening, and leave your child in a room alone, but keep an eye on them. Timeouts also work in calming down kids who are throwing a tantrum.

Take your kid aside and have a heart-to-heart. Ask them why they behaved how they did, then teach them better ways to express themselves. For instance, “instead of crying when you want a brownie, come to me or Dada and say brow-nie.”

Contrary to popular belief, tantrums are different from meltdowns. While tantrums occur as a response to unmet needs or lack of proper expression techniques, meltdowns occur when a child is feeling uncomfortable in his environment.

Pacing, rocking, hyperventilating, an inability to communicate, throwing things, breaking things, and screaming, are actions that show signs of an incoming meltdown in kids.

Before you can successfully deal with meltdowns, you have to understand what causes them. Although meltdowns are emotional responses to the discomfort felt by kids, it is also important to know that anxiety, depression, irritability, conditions like Autism, learning problems, and ADHD are sometimes causes of meltdowns in kids.

Seeing your child outrightly refuse to do certain things would surely put you off. Defiance is a phase of childhood development where your child begins to do things by himself. It’s a stage of growth characterized by a lot of opposition to your commands.

Validating your child’s feelings, throwing in a little humor, offering alternatives or more choices, and setting limits might help curb your child’s defiance. And you should avoid yelling at them or calling them names. The best way to deal with this is quietly and patiently.

It can be alarming when you find out that your child lies to cover up his actions, considering how young he is. Well, he hasn’t grasped the concept of truth, lies, or love.

First off, understand that your child does not know what they’re doing is wrong, so do not shout at them. Instead, gently point out to them that they would not be punished for being honest and telling things the exact way they occurred.

This is one other common example of toddler behavior that parents are eager to curb. Some kids tend to bite their nails absentmindedly or when they’re hungry.

Tell your child biting of nails is not hygienic and can cause them to fall ill. Explain in simple words. You can also try getting them toys that would distract them from chewing their nails.

At this formative period of a child’s life, it can be quite challenging to put up with their behaviors. But, be patient and consistent; your efforts will pay off.

However, don’t hesitate to ask for help when you need it. If your child seems too tough to handle, you can reach out to a community health center and get across to a Pediatrician. We’re just a call away if you need help connecting to one or need to seek counsel on your child’s behavior.